How's it fishing
The big specimen fish at Sharpley are still feeding for the Winter due to relatively Mild weather.
John Liddell from Consett caught a 17 lbs 9 oz trout on a black Lure, a new fly created by a good Sharpley Springs  Friend Dan Sefton.
A second big specimen fish was caught by Paul Allman from Gateshead who also caught a 17 pounder.
An 11 lbs 8 oz rainbow was returned by John Parker from Stockton from a bag of eight.
The biggest bag of the week returned was Kevin Dick from Gateshead returns 18 trout using a Hairs Ear.
Tactics

The departing week was quite mild, surprisingly. Consequently the pattern of recent weeks continued.That is-all stages of the midge life-cycle but especially the larvae and ascending pupae,so black buzzers and pinky bloodworms were go-to patterns. As temperatures dropped at the start and end of the day bloodworms under indicators or dead-slow large-ish lures ( such as black zonkers or cats whiskers) did the trick.At the middle of the day, slowly figure-of-eighted unweighted buzzers or small black spidery dries provided fun.
Even greater fun,though, was to be had with low-hanging big sedge patterns fished with the ripple and made to skitter enticingly on occasion. These illicited alot of interest but alot of care was again needed to convert these into hook-ups.The forecasted cold snap may well see the end of such tactics!
Fly box;
Black buzzer
Black spider
sedgehog
pinky
single-strand bloodworm
Black zonker
Cats whisker
olive foam zonker 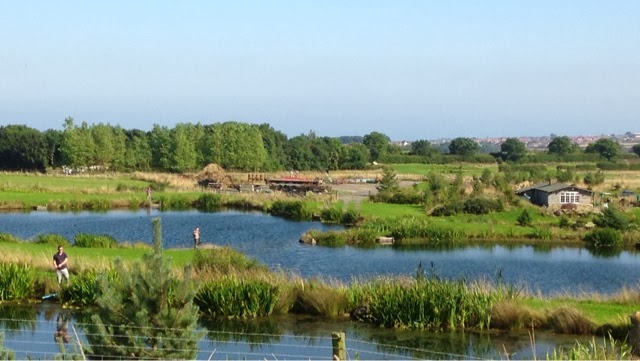 Posted by Sharpley Springs at 12:08 PM No comments: