How's it Fishing
Some excellent fishing last week with a timely return to both morning and evening rises when temperatures allow, they are rising all the time at present! Biggest of the week of the last ten days is a huge 19 lb 6 oz Rainbow brought to the net by Peter Appleby from Durham using a Appleby special worm on a 4lb leader.
Glenn Appleby and Dean returned a massive 55 fish from the Doxford Lake last week and from Washington Edd Dunbar's best Trout was a 9 pounder from a total of 7.
Bill Bain also from Washington also caught 26 trout. Two hard fighting 8 pounders were taken by both John Ord and and Dave Cardwell from Darlington, both netted over 10 fish each.

Tactics
Some excellent fishing this week with a timely return to both morning and evening rises when temperatures allow.There were desperate efforts to initiate a proper Spring as the thermometer showed signs of rising-until Friday when the jet stream moved south-again-bringing altogether cooler weather and a lot less midgy sport.
Prior to this both sub-surface pupae and emergent dries accounted for fish.Of the latter,foam-heads in black, olive and brown have all had their moments.On windier days,it payed to fish them within 3 meters of the upwind (calm) banks where the trout were picking off recently emerged midges that were just beginning to drift whilst wing-drying.In any case the resident brownies have returned to their marginal patrol routes so close in is a good place to start.
We open at 6 am to be on the water at 6.30 am and close 40 min after Dusk, The latest time to be off the water in the summer is 10 pm, this is to let Anglers fishing at the best part of the Day.
Tagged fish
2 x £500 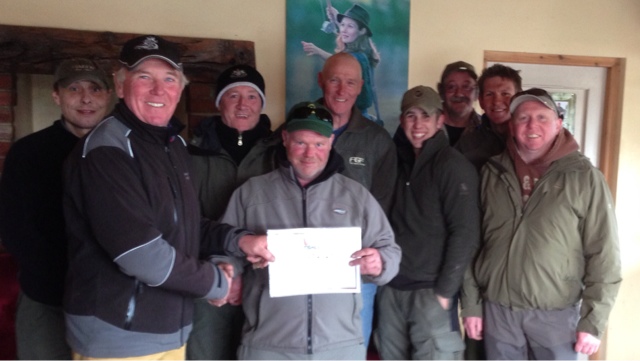 Posted by Sharpley Springs at 5:00 PM No comments:

How's it fishing
At last the jet stream made Fishing easier at the beginning of the week, high winds at the end has made fishing challenging, despite this there has been some good catches with Steve Greathead from Chester-le-Street, last weeks winner of the Trout Master Fish off returned one of Sharpley s best fish at a massive 17lbs 5oz. Steve used a Blackworm on a sinking line to bring this whopper to the net.
John Sharma and Peter Appleby from Ryhope and Bishop Auckland both had the biggest catch of the day with 14 trout each using Blobs on a sinking line. Neil Urwin from Hexham again had a double at 10lbs on a Hares Ear.

Tactics
At last! The jet stream has shifted and the weather has reverted to normality with mild south-westerlies at the end of the week but on Monday the wind was strong over the North East.
As if pre-empting this change at the weekend trout started to feed quite freely on hatching midge at the surface towards the end of the week,though temperatures remained cool.It warmed noticeably on Saturday and the trout(and water-borne insect life) responded well. Good sport was had to buzzer pupae and dries. Sunday saw even warmer temperatures though the wind was near impossible to handle on the exposed pegs.Good fish were taken-especially, as might have been expected,from downwind banks-though the casting was challenging!
Quickly-moved lures scored too.
Assuming the warmer weather continues there should be some excellent buzzer fishing to be had in the coming weeks. 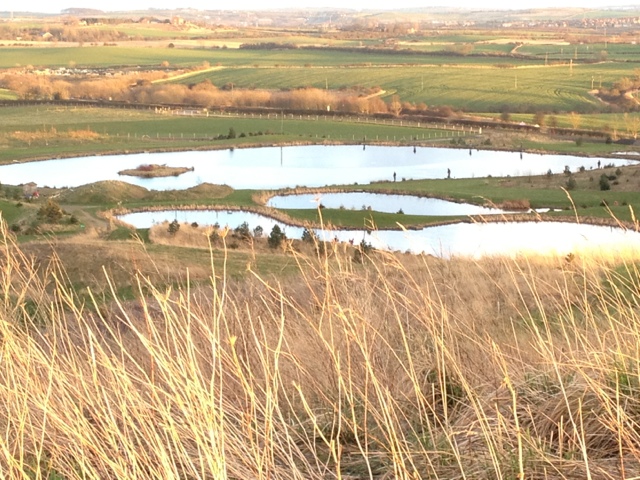 Posted by Sharpley Springs at 12:15 PM No comments:

Grace Zac and Amirah are having a brilliant time at Sharpley Springs Trout fishing Lakes. In half an hour they had already caught plenty of trout on the little Alice Lake, this is a children's only worm lake at Sharpley Springs. The photos show everything!!!
They are off to Down at the Farm next all within 1 mile of each other near Seaham and Houghton-le-spring.
Lots for children to do! 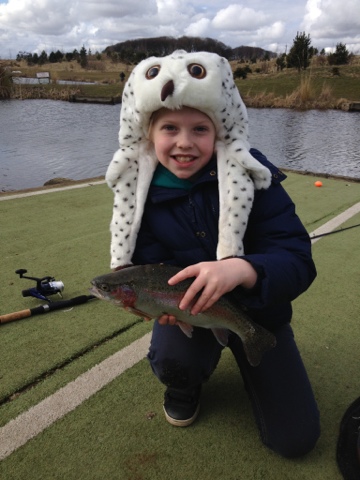 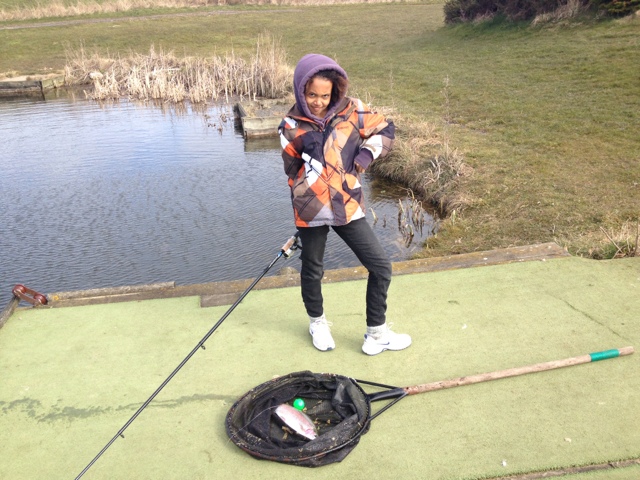 Posted by Sharpley Springs at 11:15 AM No comments: