How's it fishing
Plenty of doubles and big catches this week despite the severe cold. The best day to fish was Thursday when buzzer activity increased due to the warmer,balmy,weather.
Big bags were netted , there were plenty in the 14 to 18 range ,two with 18 trout each netted by Graham Peart from Peterlee and Edd Dunbar from Washington.
Double were caught by Colin Berwick from South Shields and Anthony Meadows both with 12 pounders. Keith Bowes from Ellington took a 14lb Rainbow on a Yellow Dancer.
Fishermen stayed the course by retreating to the warmth of the lodge drinking plenty of complimentary tea and coffee before braving the elements once again.
Rod average was 5.1
The results of the Greys Fishing competition
1st Glen Appleby, 11 fish using buzzers and indicator
2nd Antony Meadows
3rd Dean Appleby

Tactics
Usually, by now there would be a black buzzer fest and some of the season's finest floating line angling.Usually.
Good fish were landed though-but mainly to slowly fished lures and bloodworm imitations.
A hint of warmth (a balmy 7) on Thursday afternoon did see buzzers taken by Sharpley's trout but this was short lived as the Baltic Easterley kicked in.
Given a change of airstream to the more usual mild south-westerlies midge pupae will immediately be on the menu and the obvious pegs will be those downwind ones that require an element of casting into the wind. 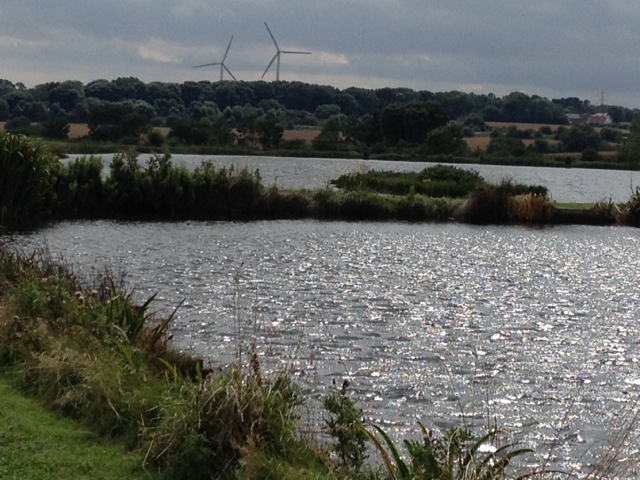 Posted by Sharpley Springs at 1:18 PM No comments:

Hows it fishing
A good end to the Winter season as it closes to an end, Spring resurfacing in the middle of the week bringing with it small terrestrial beetles and spiders.
The biggest catch is a huge Rainbow Trout weighing a massive 25lbs, safely returned by John Tuff from Ouston from a total of 8 netted using a Black Lure. Another great fully finned fish at 15 pounds was again returned safely by Paul Davison of Murton , using a black Buzzer.
A fully finned double fish were caught by Neil Tomselli from Wallsend taking a 12lb 8oz Rainbow Trout. David Mc Kenna returned a 14 lb plus fish with 9 others. Bill Bain from Witton caught trout between 6lbs and 9lbs as well as D Redpath from Ellington with 3 Trout for 18 lbs from a bag of 14 fish, Fred Dunbar returned a 12 pounder and finally Gary Mulholland who also caught a double at 10lb .
Rod average 4.3

Tactics
Spring resurfaced on Tuesday and brought with it another batch of small, black terrestrial beetles and small brown spiders.The trout though,enjoyed the black buzzer pupae brought on by the comparative warmth, so buzzer tactics were again the best way to connect with them. Smallish and black with either white or orange wing-buds did the trick.
Alas, by the weekend winter had produced its death throes and sport slowed markedly with larger lures and dead slow retrieves the order of the day. 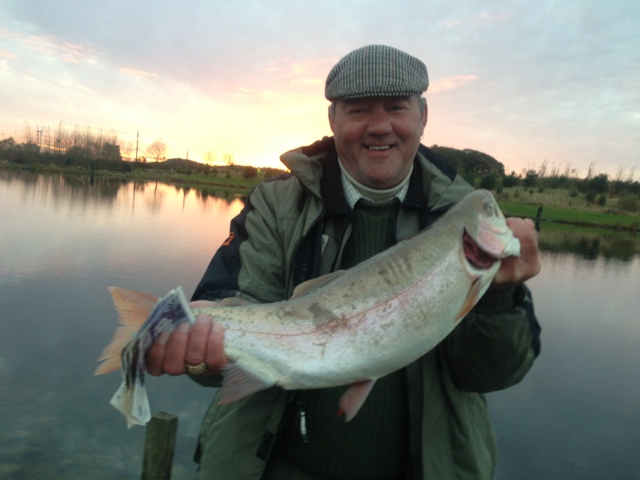 Posted by Sharpley Springs at 10:09 AM No comments: